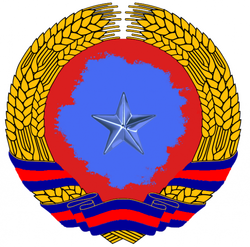 ETYMOLOGY
The name "St.Charlie" comes from the union of the word "Saint" and the name "Charlie" and was adopted as the official name of the Republic since its creation as a Kingdom, in late 2000. There are various theories as to the origin of the name "St.Charlie". One is that it is derived from the name of Cardinal (and Saint) Charles Borromeo, later informally adapted with the name "Charlie". Another proposed origin is that in the late 80s, the Ruvolo family owned a black poodle, indeed called "Charlie", and who later gave name to the micronation, though the option was excluded by both new and old St.Charlians. However, it is also possible that the word is derived from the etymology of the name "Charles" or "Charlie", which is derived from the Germanic name Karl, meaning "free man" and therefore in this case, "free from Italian borders".